Back to New Zealand for a bit

I was hoping to get back to NZ after Mum told me she was getting married on the 19th of December, but wasn't holding my breath. Travelling looked like it could be madness, with an excess of morons wanting to see the new Millennium 1 year early/5 years too late, depending on CE and numbering systems, and it being the silly season in general. I admit that seeing those three nines in 1999 roll over to 2000 must seem pretty exciting, but it's hard to work up any more enthusiasm than watching my car's Speedo do 200k. (that's 5 nines rolling over folks.) The much heralded Y2k bug didn't seem to be putting many people off flying. But I do wish to thank fellow programmers for scare-mongering about the bug, in an attempt to clear up flights just for me...

Anyway. Once it got a bit closer to the date I wanted to fly, all the soft bookings freed up, and I managed to jump on a flight back to NZ in time to catch Mum's wedding.

A quick stopover in Hong Kong (9 hours) let me scoot out and do a little window shopping in Kowloon. I bought bugger all, but it was kind of fun to shop around. (for the first couple of hours at least)

Returning to NZ was pretty strange. I didn't feel as though I had even been away. Apart from a few new petrol stations, everything looked pretty much the same. (It'd only been seven months after all)

Arrival in Auckland
Cool, Caught up with Dad and Tony when I arrived in Auckland. They met me at the Airport which was great. I did keep them waiting for ages after Cathay had some problem with the baggage trolley. (1/2 hour wait for our luggage after coming through customs) 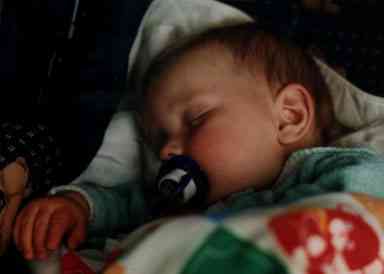 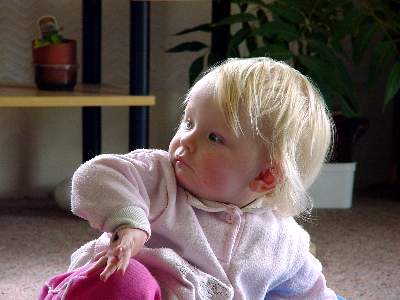 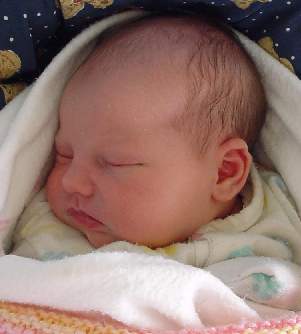 The Wedding
I've said it a couple of times already, but I figured that since I didn't make it to Mum's first wedding (hyuk!) I'd better go to her second. It racks the total of siblings up to 9. That's pretty frightening!

It was also pretty nice to see all the family there. It's been a long time since we've had everybody in one place. Made it a lot easier for me too. That was half of the rallies in one hit. Saves a lot of travelling! :-)

To Wellington
I couldn't be naffed driving to Wellington, so I quickly booked a flight. I decided to head down before Christmas so I could pop in and see some of the DCSB folks before they headed off on holiday. 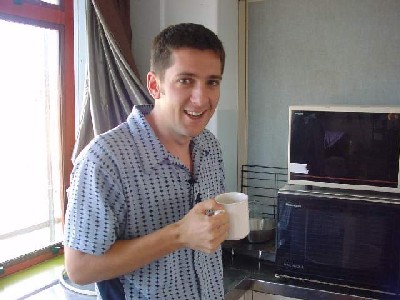 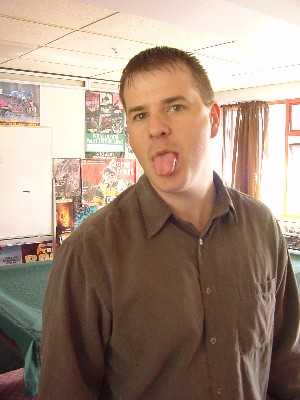 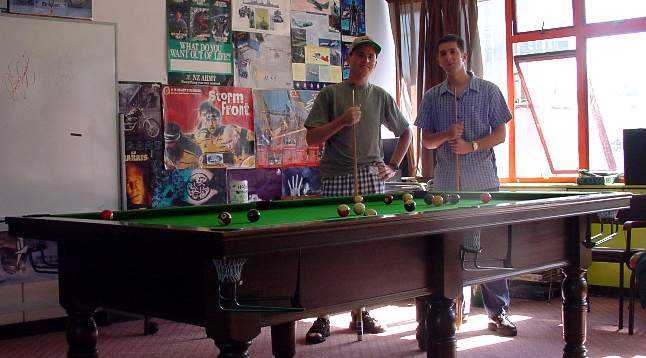 I thought it was a little ironic that I can travel around the planet without incident (lets not mention being detained in Zabaikalsk for now), but one tiny flight to Wellington and my bags end up in Christchurch. I was a little disappointed in Ansett that they didn't do anything special to make up for the fact that they'd lost my luggage. I would have thought a change of clothes wasn't too much to ask for. (That's the last time I fly wearing only a t-shirt and shorts) To be fair though, they did deliver it pretty promptly at lunchtime the next day. Still...

I caught up with some friends from Ohakea. Richard, Iain & I went for a tramp up to the top of Belmont Trig in Wellington. Quickly dispersing any thoughts of how fit I was!
Iain and I arranged to climb Mount Ruapehu for New Years too. (Thanks to Sandra for that cool idea) 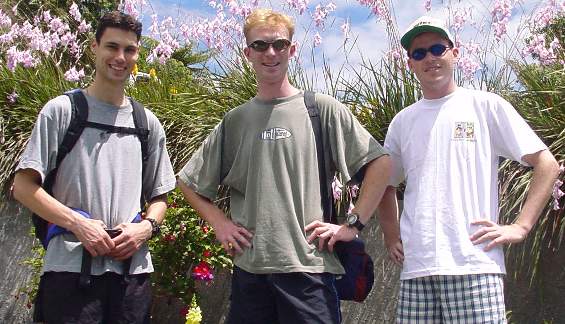 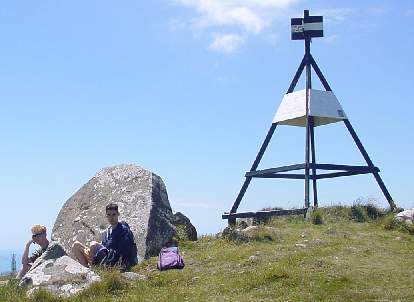 Christmas with Beer. (Mmmm... Beer)
Yep, the Beer clan got together for Christmas, so I managed to see almost everyone at one do. Woohoo!

Party like it's 1999?
Where did that year go? I think the word for it was whoosh! Looking back it was a bit of a momentous one for me. Two big leaps in my life. Leaving the firm, and heading off on my OE. I regret neither. I thought that maybe I'd wish that I'd done both earlier, but that isn't really the case. I loved my time in Wellington and wouldn't have exchanged it for anything.

A New Year (Mount Ruapehu)
Nope, the millennium starts 1 January 2001, but ticking over to the year 2000 was pretty cool nonetheless. Iain Guilliard and I climbed Mount Ruapehu and spent New Years up there. Admittedly we were hoping to see a sunset and sunrise from the summit, but due to poor weather conditions we saw a change in light from dark grey to white. (Yippie!) It was blowing a bit on the top (50+ kph winds) and wasn't terribly pleasant, but I'm thoroughly glad we did it. I was a little slow going... probably less fit than I thought I was, and all those Christmas dinners were taking their toll! 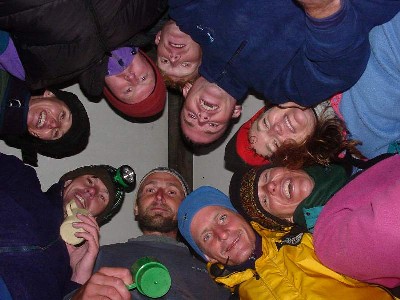 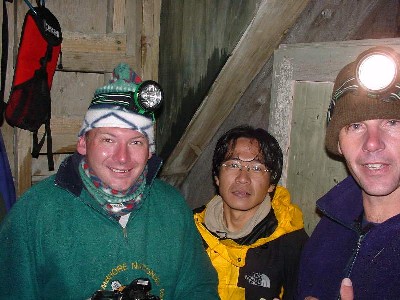 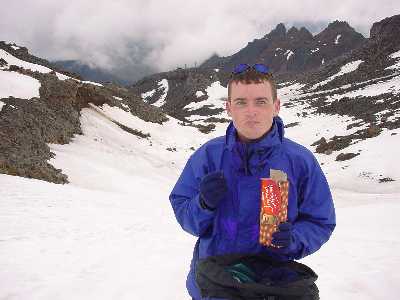 A big 'Hi' to Matt & Yakob. (you know who you are!)
Figured out that riddle yet Yakob? 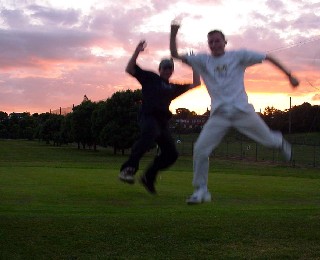 My cousin Aaron and I playing golf at Papakura. Well, actually... more playing the fool after playing golf. We took 2 and a half hours to do the front nine, but did the back nine in a little under 40 minutes. (Yes we ran the back nine.) The funny thing is, we played better... I ended up with 82, and Aaron with 91. He decimated me at Manukau the next day though. (by one point, but he won four pints of beer. Oooohhh, was I slutted!)

Back to Dubai
It was a pretty decent break, but I have to work to pay the bills. :-)
Another stop in Hong Kong, and I found a nice price on a Nikon FM2 camera that I was after. But Wasn't sure whether I was getting ripped or not. So I didn't end up getting it. (Silly me) After I got back to Dubai, the cheapest I've found the same camera here was over twice the price of the Hong Kong one. Boy was I spewing!
No worries though. I found an awesome second hand place in the states (Thompson Photo) who sent me a second hand FM2 in very nice condition. (Only took a week to get here too) I love the camera. It's totally manual, and is a joy to use. So my old Pentax is getting the heave-ho whenever I can flick it off. :-)

Big Purchase (almost)
Thought I had purchased a Jeep Cherokee the other day. It's a funny story really. I offered to buy it off of a guy at work one morning (we shook on the deal), but the same day his wife was offered a substantial amount more for the same vehicle. They didn't sleep in the same bed that night. DOH! So in the interest of matrimonial harmony (and the fact that I was stretching what I wanted to pay on a vehicle anyway) I decided to not buy it. So now I'm still looking. Although, I had sold myself on the Cherokee. (sob)

London soon?
I'm hoping to finish this project that I'm working on and get back to London as soon as possible. I can only take so much of Dubai, and it's beginning to get on my wick. Sure, lots of people hate London, but I love it and miss it. I still don't have a definite date that I will be back there on a permanent basis, but I will be going back for a week during the start of March. And it shouldn't take me too long before I move back there full-time.