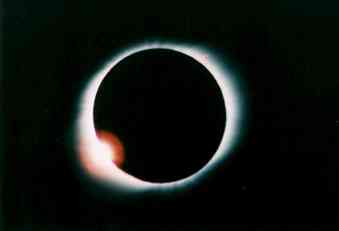 Well, the eclipse came and went, yet the world didn't end.
The view from London was pretty good. Light cloud cover actually improved the viewing opportunity if anything.
The most bizarre thing was the silence of the city. This place is almost never quiet. (We need more eclipses I reckon)

I'm finding it hard to follow how quickly time is passing right now. It honestly feels like only a couple of weeks have passed since I left NZ. I know it's only been four months, but there is some sort of weird time dilation that goes on while abroad. I still haven't contacted half the people I have been meaning to here in the UK, and I'm leaving already. (More about that soon)

I went to Alton towers with Mike, Brenda & Mike O. It's basically a big fun park. Two of the rides are pretty extreme. The queues were quite short. Especially when you see how long the fences go for. After all the rides closed, we got an unexpected bonus when the Royal Marine Commandos put on a theatrical display showing some of their skills. The powered hang glider-bombers were the crowd favourite. Personally I liked the amphibious flamethrower vehicles. There was a good fight scene, with someone thrown off a tower into the lake below. Also, plenty of pyrotechnics that came off pretty well.

The platform, after the Royal Marine Commandos had 'bombed' it. 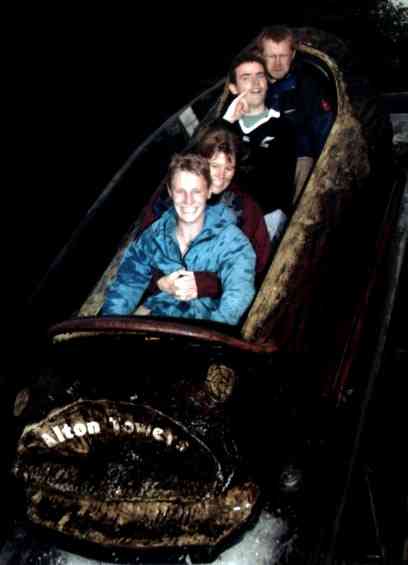 Us on the log flume, and no, I'm not picking my nose. It was meant to be a Doctor evil pose. But I don't seem to be able to pull it off... DOH!
(dunno what sort of face Mike O was pulling...)

It looks like I am off to Dubai tomorrow. Westhill has secured a big contract with Emirates to do some web development. Two of us (both with 10 years Aviation experience) are going to stay in Dubai for a few months. The project should run a lot longer, but it looks like we will be rotating the team of developers that will be living there.

I'm hoping to pick up a bit of Arabic while I am there. Although it doesn't sound like a total immersion experience. (sounds like everyone speaks English and you don't really see the locals.) An Aussie has been running most of the show from the Dubai end (well, for one of the contracts anyway...). I don't know what he was thinking, giving the contract to a team with a kiwi on it. All I want now, is for New Zealand to win the rugby, so I can start giving him some shit.

Speaking of the rugby. Mike, Brenda and I have scored tickets to the quarter final (23-24th October) at Murrayfield. So I am looking forward to going to that game. But I will have to fly back from Dubai to see it.

I'm also hoping to see the Rugby Sevens. (playing in Dubai in November) 2 friends from London are coming over to the games, so hopefully we'll hook up and go to those.

Di and I managed to catch up with James and Terry (from DCSB) while they were over here in London. We all went to a comedy show after dinner. (spur of the moment thanks to Di)
I thought it was a great laugh. Well worth seeing.

I'm learning a lot, and I'm doing a bit of study for my Microsoft Certified Solution Developer. I'm already a MS Certified Professional, but that was more in the System Engineer field. The actual certification doesn't mean much to me, it's more the design methodology and programming concepts that are part of the exams. That's what I want to learn. My current research is UML and object oriented design. 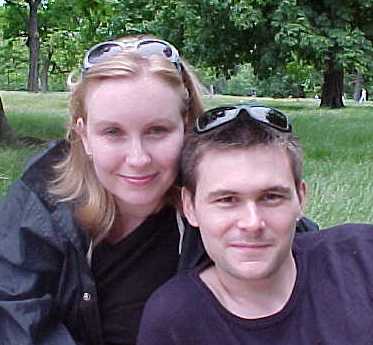 Arran and Ariane in Kensington park

Arn' & Arran have headed off on their trip through India. It was really awesome to catch up with Arran (Was it really five years?). Both of them were such a huge help with getting me settled into London, and they really made the whole experience something to cherish.
I'm a little upset I didn't get to the Airport in time to see them off, but I'm sure our paths will cross again. Perhaps in Sydney guys?
Safe journey, both of you.

Oh, my big news from home. Mum is getting married to Ben on the 19th of December. Cool huh?

I tripled the size of my CD collection today. From 2 to 6. Yay! I think the bods at work were getting a little sick of hearing Chemical brothers and Orbital being played day-in day-out. (Don't know what's wrong with them myself...)

I'm going to miss the group of friends of made here in London. It's l little stink to be up and moving so quickly, but I hope to make the best out of it. Jac & Will (two friends from work) are going to be out there as well, so I won't be totally alone. :-)

Well, my next update should be from Dubai, all going well.