Getting settled in London

Things have moved on a little since my last post. Basically I'm quite settled here now. Got myself a phone/flat/bank acct/job/social life, and all that in a couple of weeks. It's great. 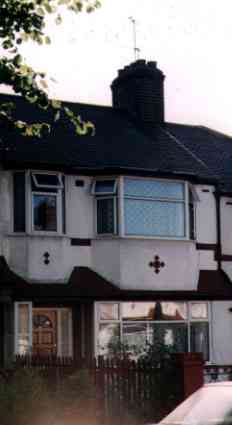 The flat situation worked out pretty well. I'm living in Ealing, which is about 1/2 hour tube from Oxford circus (including delays...). I'm flatting with a New Zealand girl (Tania), and two guys, one South African (Greg), the other from Zimbabwe (Brendan).

Since my disastrous meeting of South Africans on my birthday, I've met a large number of incredibly nice South Africans, so my faith in humanity is restored. Both Greg and Brendan are real characters. Half the time I'm almost wetting myself listening to them. Bladdy funny! 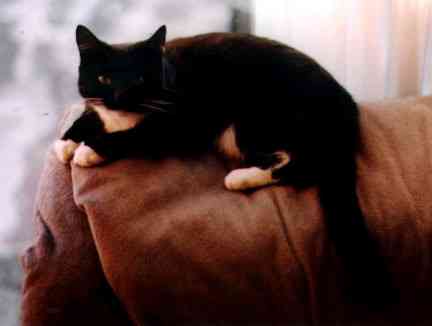 This is our cat. He comes along every day or so for some food. He's not really ours, just hangs out if he feels like it. I can't even remember his name, so I can't tell you it. Pretty normal as far as cats go though.

I had an interview a couple of weeks ago for a Web developer position. The job sounded really interesting and I was quite keen. So I suited up and went to my first interview since arriving. Within 10 minutes (all of which were spent at the pub) I had the job. And after two weeks of work I was offered (and accepted) a permanent position.

It was a hard choice to decide whether to take the permanent role. The money is incredibly good when contracting. I am earning about 10 times what I did back in NZ (everything costs 2x/3x as much though). Whereas a permanent job is about half that. Bonuses and benefits bump things up a bit, but not to the same level. But then again, I can wear almost anything I want and the work is very interesting. Important to me but not always possible to get while contracting. I will be working on contract (for Westhill) for the next two or three months, then changing to permanent. But, I might do a quick spot of travelling in between the two.

Hurrah for the All Blacks
Watched the NZ/Aussie game on Sat morning. Well, only the 2nd half, because the game started at eight & I didn't get to bed until 5. Great win, and I can't wait to see a world cup game over here. I've just read that a block of tickets have been reserved for New Zealand passport holders. So I might be in with a chance yet.

I feel sorry for the Pakistanis who paid £350ea ($1000Nz) to go to the cricket final against Aussie.

I hate the UK Banking system!!
The banking system over here does seem a bit antiquated after being in NZ. I've had no end of troubles trying to get my accounts sussed. HSBC didn't open me the sort of account I had applied for. But I had no way of finding that out until I actually arrived here. They also sent all of my details to New Zealand after I had asked them to hold them in London.

All of this email (well, the text at least) has been composed on my new toy. A palm V. (I still format it in Visual Interdev) As a condition of accepting my new job I requested this as a small bribe. It's worth about £300, and is a lot nicer than my old one. (Kewl huh?)

It doesn't really do any more, it's just slimmer, has more memory, is nicer to use and is a bit faster. Looks cool too. 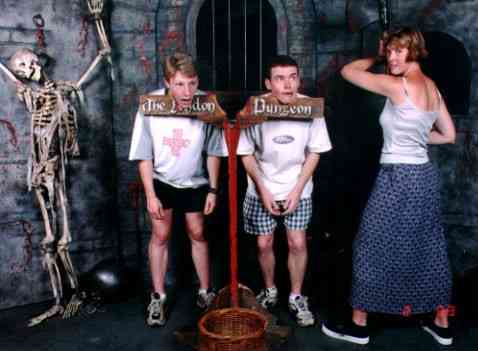 Went to the London Dungeon with Mike & Brenda on Saturday. It was alright, sort of the usual tourist trap.

It just gives a bit of a look into the grottier side of London's history. Nothing too scary, apart from the queue outside. (Madame Tusaud's looks worse though)

Went out to entertain a big client on Friday (worth a couple of million quid). I love being able to order at a restaurant with absolutely no thought of the cost. Work was paying, so who was I to say no. But even with a huge effort, we still couldn't spend more than about £280 between the seven of us. Although we made a more decent effort at the pub beforehand. Managed to make it home by about 4am I think.

I can't believe how many smokers the are here. They are in the pubs, restaurants... everywhere. Makes me appreciate New Zealand's non-smoking policy.

There isn't a huge amount else to talk about. The eclipse is coming soon and the National guard are getting deployed apparently. Something to do with an extra couple of million people in Cornwall next week. I haven't planned anything special. I've thought about popping over to France, to get into the path of totality, but it looks to be a bit nuts. We'll see closer to the day. It's basically going to be mad over here. Good practice for Y2K I suppose. I just hope no nutter decides to start anything. Especially when it passes over the middle east! (they get a better view too, probably)

Ariane (Arran's girlfriend) had her 27th two weeks ago, and we had a picnic in Holland park. Absolutely gorgeous weather. Heaps of throwing around Frisbees, rugby balls, playing hacky sack and generally fooling around. For two days afterwards I was stiff and sore. Not used to using my legs like you do in hacky sack. (majorly sore bum!)

Everyone at Holland park.
(Arn' is the blond in black, standing up and holding something white.) 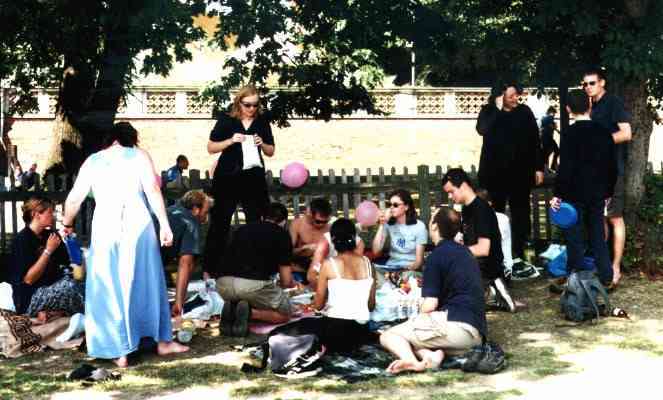 That's it from me really. Perhaps when I start travelling again things will be a bit more interesting. But for now I'm busy, happy and not too fussed about travelling just yet.

So anyway, take care, and I will spot you all in the next update.